You are now on the desktop site.
Return to mobile? Yes No

4 Things You Need To Know About The 2017 Brit Awards

Including Katy Perry literally bringing the house down.

The 2017 Brit Awards were held earlier this week. The event saw some big names perform during the ceremony. Here are the highlights:


1. Katy Perry subtly criticized Donald Trump and Theresa May while performing "Chained To The Rhythm." She was joined on stage by dancers dressed as white houses and two gigantic sized Mexican 'Día de Muertos' (Day of the Dead) skeletons dressed in the same clothes Trump and May wore when they met last month. Watch the official video of the live performance below. She literally brought the house down as one of her dancing houses fell off the stage (left shark, is that you?).


.@KatyPerry's backup dancer fell off the stage at the #BRITs and it's #leftshark all over again #BRITs2017 pic.twitter.com/JEsMvMZbYk

2. Looks like Zayn lost twice for breaking loose twice! The "Pillowtalk" singer probably did the right thing by not attending the ceremony despite being nominated in two categories. Zayn's former bandmates from One Direction beat him for British Artist Video of the Year. To make matters worse, his ex-girlfriend and her bandmates from Little Mix also beat him by winning British Single of the year with "Shout Out To My Ex!" Each respective win must smell like revenge against Zayn from both the boy and the girl bands!

3. British acts Skepta and Stormzy are some of the most influential artists of the London grime scene, yet neither of them won best British Breakthrough Act. Despite the fact that grime has established itself as an extremely popular and successful genre in the UK for the past 10 years, no grime artists has ever won a Brit award.


i'm dead. They actually used PR off Skep and Stormzy to promo the BRITS, then shegged them. this is why we can't endorse these set up awards


To make things worse, Skepta was repeatedly censored on the Brit awards stage as his performance saw portions of lyrics being silenced. This happened despite the fact that his performance came after the broadcaster's 9pm 'watershed' - the point in time after which programs with adult content can be broadcast. The controversy seems justified due to the fact that presenter Dermot O'Leary swore immediately before Skepta's performance without being censored as he told the audience "go batshit crazy" for the song.
Fans of grime were left bitter and furious as they took to twitter to express their exasperation and anger at the Brit award event, which many have labeled as irrelevant or out of touch with the British music landscape.


Back in 2015, Kanye West performed "All Day" on the Brit Awards stage with several British grime artists, along with their entourage. This was a rare instance of the 10 years grime scene being given the visibility it deserves via the collaboration with a black American artist, providing support to a grime scene that has continuously been left ignored by British institutions.

4. Two tributes were given on the night of the Brit Awards. Wham! backing singers Pepsi, Shirlie and former founding member of the British pop duo Andrew Ridgeley delivered a truly emotional speech for George Michael. The special moment came across as more meaningful and fitting than the perilous exercise of a live tribute performance. Grab some tissues and watch below.


Famous People You Didn't Know Were Musicians
Don't box them in! These stars are multitalented ...More 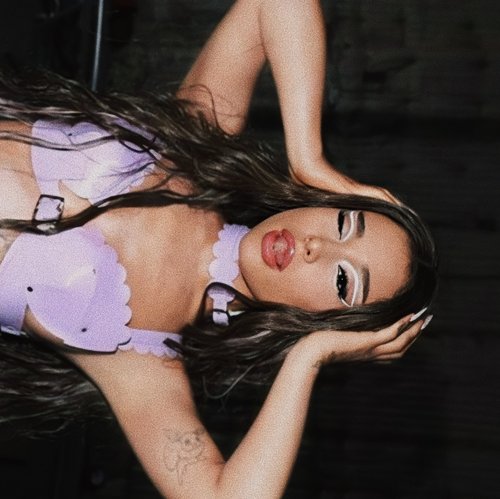